The Genius of Charlie Brooker 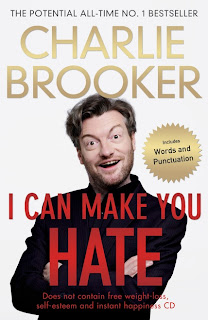 I have blogged before about Charlie Brooker and how I think he is a genius. But the great man is at it again. His latest column for The Guardian is stunning:

Incredibly, Christmas – a festival in which a creepy old man labelled a saint by much of society dons outlandish clothing and promises to make children's dreams come true by sneaking silently into their homes at night – hasn't been cancelled in the wake of Savilegate.

Astonishingly, his take on the new John Lewis ad is even funnier:

First up, John Lewis, the store that made headlines in 2011 with a weepy fable about a kiddywink counting the minutes until he could horrify his parents with a gift-wrapped dog's head in a box. This year's effort is a stab at romance. It starts with a snowman falling in love with a snowgirl. She smiles, but she's not really reciprocating. Hey, maybe she's frigid.

Undeterred, our "hero" goes on an epic journey to the shops to buy his cold, inexpressive partner a gift. We've all been there. Since he can't move on his own, old snowbollocks presumably needs to be dismantled and rebuilt literally hundreds of times along the route, most likely by children, which makes the whole thing a disgraceful celebration of child labour. And at Christmas too. Unforgivable.

Anyway, without so much as a "thank you" to the underage slave army that made his expedition possible, selfish Mr Snowman eventually makes it back, and presents his snowy goddess with a new pair of gloves and a hat – a gesture that warms her heart, although not quite enough to make her tits melt off. Fortunately, the advert ends just before he clumsily attempts to mount her like a donkey, which is just as well since being made of snow, she can surely only be a few days old at the most. And we've all had enough paedogeddon for one year.

The man is incredible and it appears he has a new book out. It would make an ideal Xmas gift for someone. Myself included.
Posted by Sal Paradise at 3:16 PM No comments:

Stuff.co.nz has an interesting piece on the use of Ad-blocking software.

If the advertising isn't too over the top then I'm usually prepared to disable AdBlock Plus on specific sites to support them. I guess that leads into the big question here - if you block the ads, are you "stealing" the content? You could ask the same about skipping ads in television shows. It's a grey area and everyone tends to draw their own moral line in the sand.

I've been using ad-blocking software for years now and I am of the opinion that it isn't stealing. People are entitled to use advertising to support their sites but that puts no obligation on you to look at and read it. And if you take the next step and simply block it that is fine. I can't imagine anyone considers it stealing to mute ads while watching TV.

Not sure what the fuss is? Head over to http://adblockplus.org/en/ or http://chrome.com/adblock/ and have a look. You may not be able to believe the difference.
Posted by Sal Paradise at 9:37 PM No comments:

Email ThisBlogThis!Share to TwitterShare to FacebookShare to Pinterest
Labels: Advertising 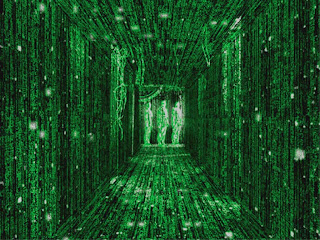 Vodafone has joined the ranks of the large cap broadband providers after it revealed a 200GB "Chocka Naked" broadband plan, without fanfare, early this week.

Larger data caps are always great news but the best news is the price:

While still expensive in international terms it is a major step forward for NZ. And with the Vodafone acquisition of TelstraClear being approved I should be able to upgrade, soon I hope.
Posted by Sal Paradise at 8:19 PM No comments:

Email ThisBlogThis!Share to TwitterShare to FacebookShare to Pinterest
Labels: Broadband

Why the Monarchy is good for New Zealand. Say what??? 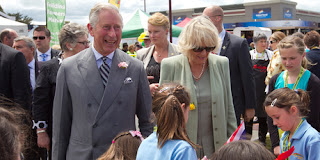 Monarchy NZ's Chairman Dr Sean Palmer has a piece in the Herald today about why the Monarchy is good for New Zealand. Unfortunately it is little more than a puff piece, heavy on platitudes and very light on facts.

Unfortunately Dr Palmer appears to have forgotten to link to these esteemed scholars, which is lucky considering they probably don't exist. The Monarchy offers no constitutional safeguard whatsoever. The Monarch's singular duty is to appoint the Governor General on the exclusive advice of the Prime Minister of the day. I would argue that our democracy is one of the most successful in the world in spite of the Monarchy. Monarchies in essence are anti-democratic after all.

It drew the world's attention to many of New Zealand's industries, people, and its arts and culture. As with all royal tours, the world's media watched closely. This tour raised New Zealand's profile on the world stage and offered great publicity to our national industries.

I am going to be a little lazy here and admit that I can't be bothered to investigate this claim. It smells suspiciously of bullshit however. I imagine the Hobbit has provided a lot more free advertising than the latest Royal tour, most of it outside the gossip pages as well.

This trip has further enhanced the warm relationship Prince Charles has with New Zealand. He has maintained close contact with many New Zealand organisations and individuals throughout his life. Not only does he know New Zealand well

This drives me nuts. What relationship with New Zealand??? As far as I can tell Prince Charles has only ever visited New Zealand seven times, he has never lived here, he has spent hardly any time with the people of this country. Know it well, he barely knows New Zealand at all. I would also love some specifics on the organisations and individuals.
Posted by Sal Paradise at 2:24 PM No comments:

Posted by Sal Paradise at 9:47 PM No comments:

Email ThisBlogThis!Share to TwitterShare to FacebookShare to Pinterest
Labels: Music

Movie Review: How to Meet Girls From a Distance 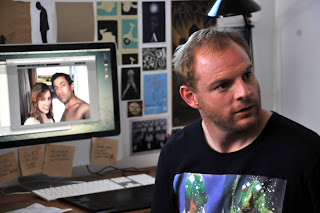 I was lucky enough to win two tickets to the flicks.co.nz preview screening of How to Meet Girls From a Distance at the Paramount last night so me and my flatmate Schmidty headed along.

The basic premise is that our protagonist Toby has rotten luck with women. So when he meets the girl of his dreams he decides to do a little background research before asking her out.

The problem...his background research is a little bit stalkerish.

While undoubtedly low budget it is a great movie. Toby (Richard Falkner) is a nice if slightly misguided guy and his love interest Phoebe (Scarlet Hemingway) is a complete babe and perfect girlfriend material although you will question her choice of boyfriend.

Set in and around Newtown and Mt Victoria it is lovely image of our beautiful city. A comedy with plenty of laughs the undoubted scene stealer is Toby's therapist Carl Stewart (Jonathan Brugh) who has the best lines of the entire film.

Well worth it not only to support the local film industry but to see a great film.
Posted by Sal Paradise at 9:31 PM No comments:

Email ThisBlogThis!Share to TwitterShare to FacebookShare to Pinterest
Labels: Movies 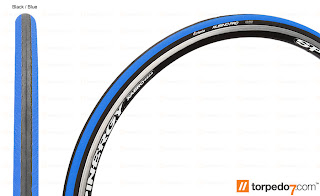 After eight days of back and forth with the supplier I finally received my new tyres on Friday.

And it was well worth the wait. I took them out for a ride on Saturday and right away I could feel the difference. My back tyre had been almost completely bald and was not holding pressure, making me think I was riding on a flat but the new tyre felt great.

Additionally I hadn't realised how much the wear on my tyres had affected their grip on the road, leading me to think I might need new brake leads. But with the new tyres the grip was incredible and I noticed a real improvement in my cornering and felt my brakes working much more.

Only three more training weekends until Taupo! Plus my first 140km ride on Saturday.
Posted by Sal Paradise at 6:56 PM No comments: